A small but talented group of Warragul Cyclists raced on the tight and technical Endeavor Street circuit on Sunday Morning.

Shane Stiles loves this circuit. At each end of the hotdog shaped route Shane puts at least 4 bike lengths into the nearest rider and the rest of the field has to do a 50-meter sprint to catch up. Stiles allowed the mixed ability group to remain intact for the first 15 minutes of the race. A couple of quick laps saw the field break up with Chris Bagot, Col Manintveld and Alex Gardner distanced.

In a rare show of compassion, Shane and Brett Kennedy decided to slow up and let them get back on. After 40 minutes another split occurred this time only Stiles, Kennedy, Tom Reid, George Tambassis, Aaron Nash and Rob Monk remained in the front group. They went on to lap the rest of the field which included last week’s B grade winner Jayman Prestidge.

Some short lived attacks from Tambassis and Monk in the final laps were of no consequence really. The final result was always going to be determined by who could get around the last bend with Stiles. Kennedy clung to the wheel, testing the limits of traction but Stiles’s acceleration out of the last corner was such that everyone else was no chance of catching him.

We are back to Burke St next week. Hopefully, there will be more support from members next week.  8.00 am sign on for an 8.30 start. 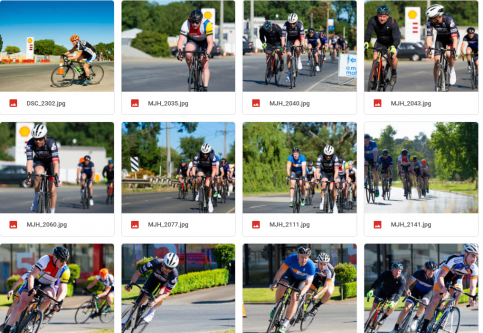 The clubs 2020 AGM was held this evening via zoom during these unusual times. Minutes of the AGM along with all club executive reports will be circulated via email.

Thank you to Ian de Bruyne for facilitating the nomination, voting and appointment process for the new incoming committee.

Keep an eye out for the next general committee meeting - all members are welcome to attend and participate in the clubs operation. ... See MoreSee Less

A reminder that our AGM this Thursday is virtual. Here's the link to our website notice: www.warragulcyclingclub.org.au/2020/06/25/2020-agm-thurs-august-13/ ... See MoreSee Less

Warragul Cycling Club Inc is a social and racing club and we are inclusive to all levels of riding. Boasting a diverse membership of Road, Track and Recreation riders from 12 to 70+ years of age, we w...
View on Facebook
·Share