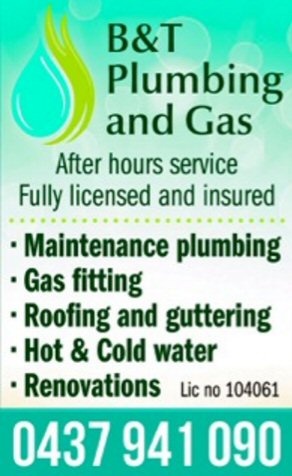 Matt Parkinson is a simple man. The tactical nuances of bike races have never appealed to him. His advice to most, including himself, when outsmarted in a race is always, “Just pedal harder.” Simple men need simple plans and that is what Parkinson came up with on Saturday. Every race of the series had been won by two man breakaways. Parkinson is the sprint finish specialist. He decided that one guy off the front was OK but 2 man breaks would be hunted down immediately. Shane Stiles took off early as usual but Parkinson chased everyone who tried to join him. Eventually others grew tired and Stiles was left out the front to cook on his own. Parkinson was OK with this. One was OK, two would be chased. Stiles didn’t like the idea of a 40 minute solo so he returned to the bunch and rested up for the first sprint which he won easily. The rest of the race followed the same pattern. Marriott got off the front for extended periods but every time someone tried to join him Parkinson chased them down. At the 40 minute mark while Marriott was off the front George Tambassis crashed heavily in the top corner and had to be taken to hospital. Jason Tubnor, having his first A grade race stopped to administer 1st aide. Tubs is a good man. Everyone else just kept racing after discussing ending the race.  The next time around, they were waved on. Parkinson had just what he wanted near the end. The field was together. It would be a bunch sprint. Parkinson won the sprint easily from Brett Kennedy. Then followed Graeme Parker, Shane Stiles and Glenn Marriott. Kennedy said he was blocked in, or hadn’t train enough or some other excuse. Parkinson told him to keep it simple.  “You just need to pedal harder next time.”

In the B grade race a breakaway actually stayed away. This is a rarity especially when Col Brown and Zvonko Maric are in the bunch. They love to chase. Rob Monk and Clancy McColl were keen to animate the race early. Clancy got off the front before the intermediate sprint and took the bonus points. Col Brown had worked hard to chase him and Rob Monk sensed this and attacked immediately after the prime, going over to Clancy. Dylan Adams joined them and they put the hammer down. They established a good gap quickly and despite the efforts of Maric, Muggeridge and Brown they would not be caught. Monk started to conserve in the final laps when he knew the break would not be caught. Adams went hard into the final corner and Clancy tried to follow but crashed heavily. Monk was fresh for the sprint but his chances of victory were dashed as he skidded to a near standstill to avoid Clancy. Adams didn’t look back and took the win uncontested. Monk was second. Jason Dastey, ever the opportunist, was delighted to see Clancy strewn on the road as the chasers rounded the final bend. A podium spot was now available and Dastey took it. Zvonko was fourth with Steve Muggeridge fifth.

The C grade race was also an aggressive affair. Many attacks looked dangerous. The most threatening was when Rob Waddell, Col Manintveld and Ben Perry got off the front. Mark Mason and Mariah Dastey chased hard to bring them back. DeMac was never afraid to go to the front and Richard Bridge was either on the front of off the back for most of the race. Despite the attacks the race came together for a sprint finish. Mark Mason looked the winner but Jason Fritzlaff was peddling with the cadence of a mix master on high speed. His flashing pedals powered him to his maiden victory in grand style. Mason was second with the consistent Rob Waddell in third. Then followed Mariah Dastey and Col Manintveld.

A smaller field in D grade circulated together for much of the race. Frank Bensted was strong on the front but the girls seemed reluctant to work him over. They needed to attack and make Frank chase but such tactics require hardheartedness and discipline. This will develop with experience, especially if Frank is there at the finish and wins the sprint like he did this week. First time racer Anna Parkinson was second which was a tremendous start to her racing career. Third was Adele Whelan. Then followed Kerryn Milner and Annie Pryjmak.

Shane Stiles was the series winner.

There is no racing next week. On Saturday 12th of December the final race of the year will be the Club Criterium Championships. They will be raced at Burke St starting at 2.00pm.  Can anyone knock off Stiles?