Warragul Cycling Club held what is planned on being the first of regular social “no drop” rides finishing up with free breakfast / late lunch at the club rooms.

Between 30-40 bicycle riders assembled at the velodrome on a mix of road bikes, cyclocross bikes and mountain bikes on a sunny and mild morning.  Following a lap of the velodrome, riders made their way to Queen St and then out through Lillico. 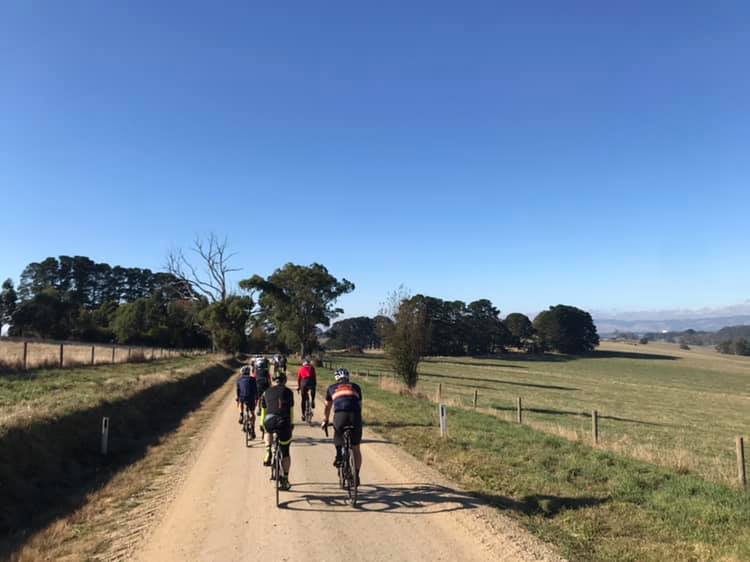 After regrouping at the Lillico Tennis courts the group continued towards and then along Bloomfields Road before turning right onto the first gravel of the day.  This took the bunch to the top of the Shady Creek hill and back onto ashfelt where the bunch regrouped.

Following a descent towards the quarry, the bunch was treated to their first big challenge of the day – a steep climb along Thurlows Road.  Following a regroup at the top, it was onto an extended gravel farm track. 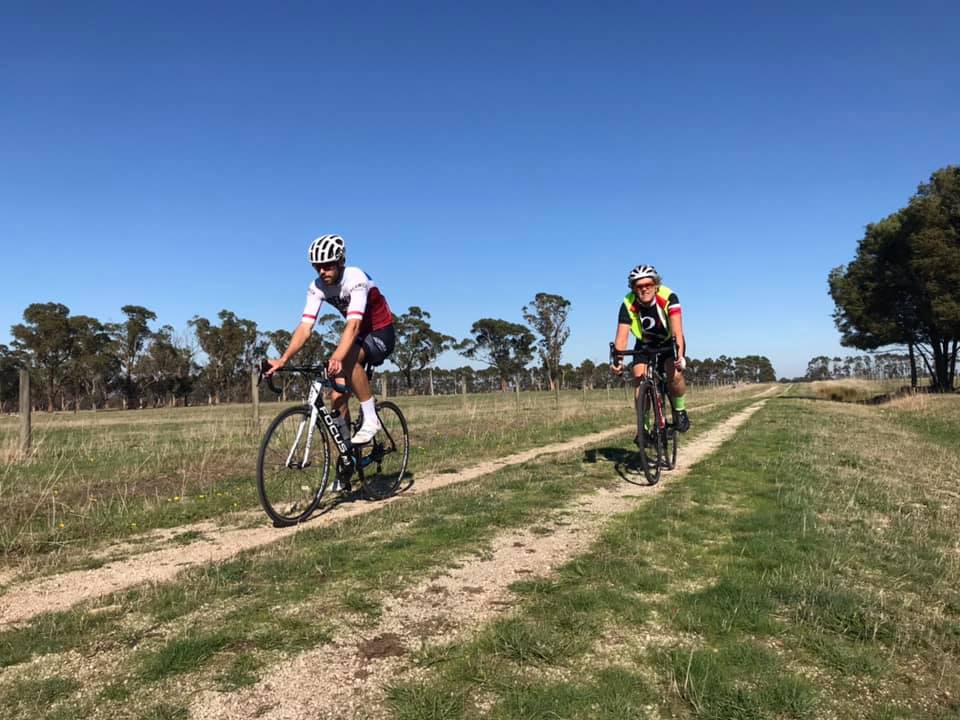 This eventually brought everyone back onto the Shady Creek – Yarragon Road via a mix of sealed and unsealed roads.  After descending into Yarragon and another detour onto gravel, it was time to cross the Princes Highway.

A fast section of gravel along Trickeys Road was aided by a strong easterly and as riders approached Parkers Road, the bunch regrouped.

After being lead to the Cloverlea Fire Station and making sure everyone had come back together, it was time for more gravel.  This took everyone to Gainsborough Road and the some more hills. 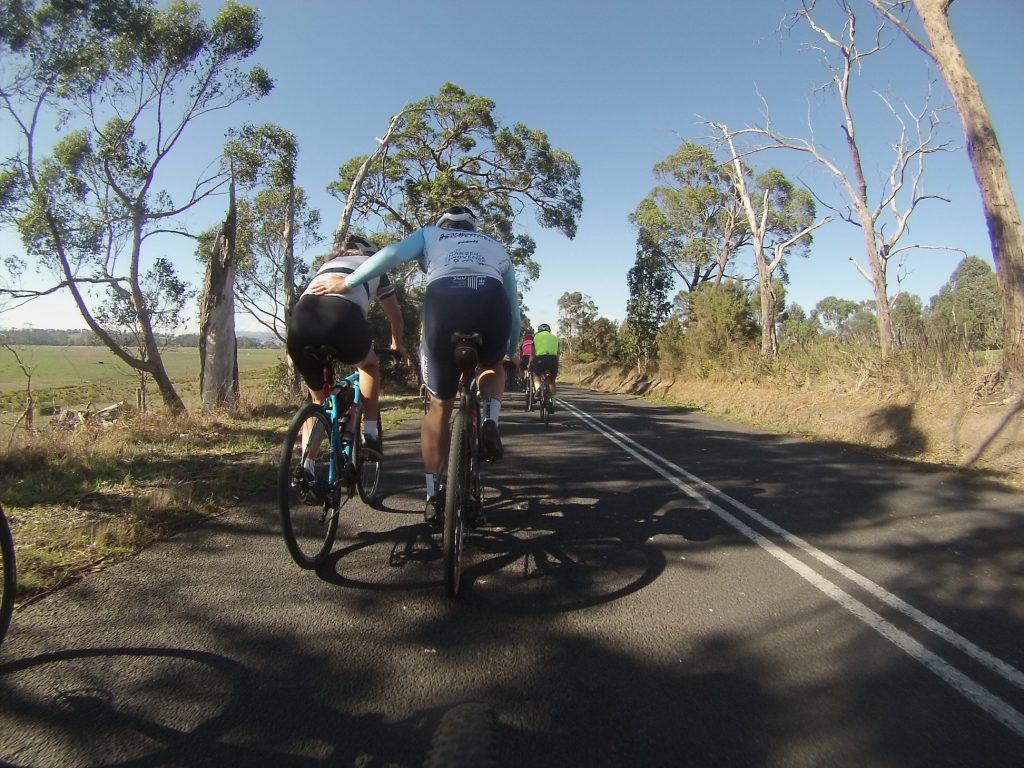 The final gravel section took riders to Bona Vista Road and the last climb of the day.  This was rewarded with an exciting descent into Warragul where riders finished with t wo laps of the velodrome.

The big reward came in the form of bacon and egg rolls, coffee and hot cross buns for all participants which has been prepared by our club President Karin Jones and helpers.

Throughout the ride Jarryd and Mitch Jones and several other Warragul members acted as floating marshals, ensuring no one was dropped and pointing out hazards such a pot holes, sticks and making sure it was safe to cross to side streets.